Experience. Today’s interview is all about experience. Senses, feelings and emotions that come with hearing music that immerses you in the traditions and festivities of other cultures. Close your eyes, as you listen to this EP by Reinier Thijs and feel exactly what I felt during my first listen. Immediately, I felt as though I had been transported to a euphoric moment in time, a place filled with people dancing.

Reinier Thijs (pronounced: Ry-Neer Thys) is a Dutch producer who declares his “love for old school hip-hop, soul and jazz”. As humans we choose to document our travels in different ways. Some of us prefer to write a diary. Though, the visual storytellers among us prefer to take pictures or videos of our surroundings – selfies even, to capture ourselves in the moment. In a single still frame. Reinier Thijs’ first solo album Stepbacks & Setbacks (realeased last year) starts in Barcelona in 2015 and ends in Amsterdam “in the first half of 2017”. He cleverly brought to life his travels and lived experiences through music drawing on passion, heartbreak and solitude.

Following this, Reinier has since released a new beat tape: Dokkum – a personal tribute to where he was raised in the Netherlands. Though, the way this EP originated is quite unexpected, as Reinier goes to show during the interview. For this Dutch beatmaker and avid lover of Dilla’s Donuts, this EP gave him the freedom to carefully explore the “chemistry between different drummers and bass players imagined at a sound check“. “No singers allowed”, he said as this EP is one filled with “chops and loops of drum breaks and catchy bass lines” alone. Reinier took me through the interesting story of how Dokkum came to be and much more…

How does it feel knowing that your music can have such an effect on people?

Thank you first of all for having me and second of all for this huge compliment. Basically, it’s just me behind my old mac making beats, enjoying the loops and hoping some people like it. I always said, “if at least one unknown person digs it, I’m already happy.” I also dance to my own stuff, but it ain’t for everyone. If people move to it, head nod, drum along or dance to it especially, it’s super exciting to me. One day, I’d like to try to do the EP live to see if I can get a crowd into it.

That would be great to experience! What’s so special about percussion instruments to you?

Rhythm is an interesting thing for any musician, which I think should be studied. Thelonious Monk wrote some cool stuff about it actually saying: “Just because you’re not a drummer, doesn’t mean that you don’t have to keep time”. The bass players are always the cool dudes in the back, but without them a gig wouldn’t be half as good.

The idea about the project was only to focus on the backbone of most bands – the rhythm section. I was inspired to do this project after seeing many concerts in the Bimhuis (a jazz venue in Amsterdam) with a lot of good bass players and drummers. These musicians are also the inspiration of the project. Dokkum could be an imaginary line-up of my heroes playing together:

Hardly any of these musicians are sampled on the record, though they served as the main inspiration for the EP. Besides that, I always love the ‘groove’. It’s so hard to pinpoint what makes a good groove, but it definitely has a good drum part and bassline behind it. The fun part of this EP was to recreate a groove, while not actually playing any instruments but keeping that live feel to it. 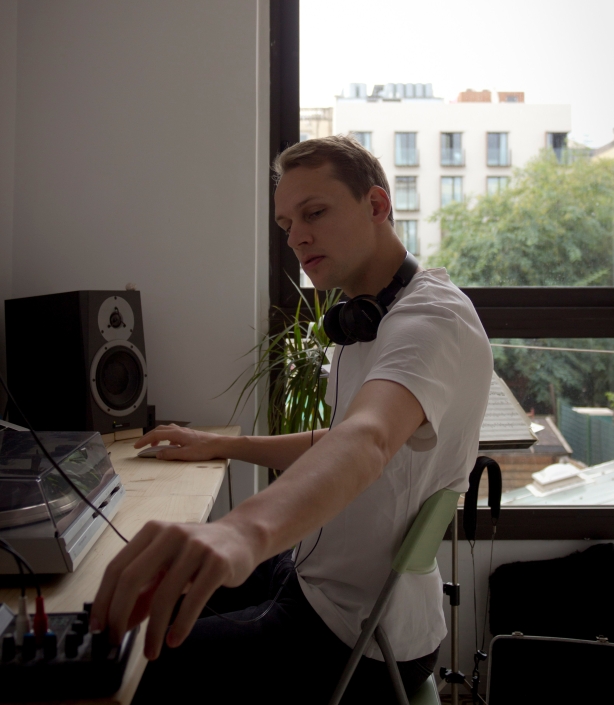 Personally, I feel you have done that quite well with this EP. So, how long did Dokkum take to make?

I was actually working on a different project: Smoetsie. This is the name of my upcoming full-length album, which had a lot of ‘leftovers’. In other words, drum breaks and basslines which were too raw to fit in the concept of Smoetsie. I wanted to highlight this separately. So, I decided to collect them and just drop them as an EP. In the end, I chopped them up a little more than just a regular loop and edited them in full-length songs. I worked on it, on and off for four months. It’s quite challenging to limit yourself to just two instruments (with the occasional outburst) and make it interesting for any listener.

What a story. It’s quite clever how you worked this all out. For readers based in London and other parts of the world, how would you describe the music scene in the Netherlands? Which Dutch beatmakers have you connected with or are inspired by?

Although I live in Barcelona now, sometimes I miss the music scene in Amsterdam which is where I used to live for years. It is really one of a kind.

If you enter any day, you probably are going to have a great time. I haven’t seen such a good scene anywhere else myself. Although, London has a great jazz scene. My roots are in jazz and improvised music. So, I’m not just following hip-hop and a lot of the time it just feels like floating around in no scene at all. The only real Dutch beatmaker I follow is Jameszoo. His record ‘Fool’ on Brainfeeder is such an inspiration.

I’m not sure if he considers himself a beatmaker. As I said before, many of my inspirations are not beatmakers, but just musicians. The Amsterdam jazz scene is too good to be true.

Have you considered bringing Dokkum to life in a visual way too? Will you be releasing a music video for any of the songs on the project?

I made a low-budget music video for the single Traffic Light Runner. It’s a little making fun of runners or joggers in the city streets:

It would be cool to do another video, but I guess I already moved on to finishing the next project.

When did you start making beats and in what ways has your style developed over the years?

I was already listening to hip-hop as a teenager and was always more attracted to the beats than the rhymes. I was in a lot of bands.

I was mainly playing the saxophone when my friend and I started a band around ’07, called the 2-Two Legged Dogs and worked on Je Hebt De Boem En De Klap. I learned to edit and use samples a little bit. It wasn’t until 2015 that I really started making beats. The initial motivation was to explore the way of making beats and was basically a personal study on chopping, sampling and looping. In the end I was satisfied enough with the result of this study, so I released it as my first solo album Stepbacks & Setbacks last year.

With every project I try to do something different. I give myself some limitations since I already know how to play some instruments, I want to do them 100% sample-based. For Dokkum, I took it a step further and just focused on the bass and drum only.

For the instrumental part of my records, I always take a song from anything before ’88. Sometimes, with limitations you get more creative. I really want to improve on any project in any kind of way – from the creative use of samples, to production and techniques. 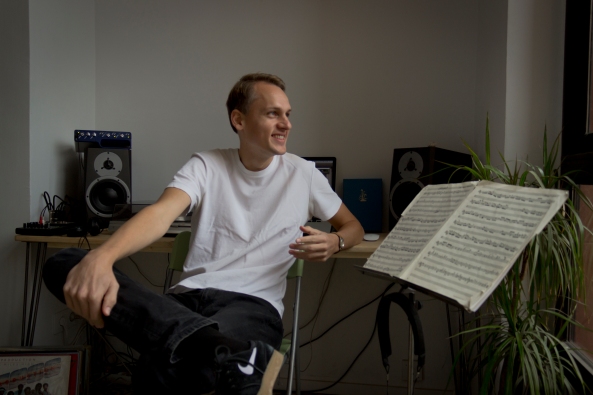 What can we expect from you in the future?

My next project Smoetsie, will drop in spring. It’s also a 100% sample-based record. I’m actually putting together the final details such as snippets, track order and mixing together now. The theme of the record is that good old love-making. I chopped up a lot of dirty soul, disco and jazz records converting them into beats. It should be that tape you casual start to play, while opening up that bottle of red wine for your date. The tape you play, as you hold hands in the candle lights and just want to groove a little before getting to it. You know how it’s going to end, right?

I’m also trying to make a remix EP of my favourite rap verses over some of my own beats this first part of 2019. From there on, let’s see! Oh yeah, I’m always open for collabs.

LISTEN TO A PREVIEW OF SMOETSIE ON BROOKLYN RADIO HERE:

KEEP UP WITH REINIER THIJS