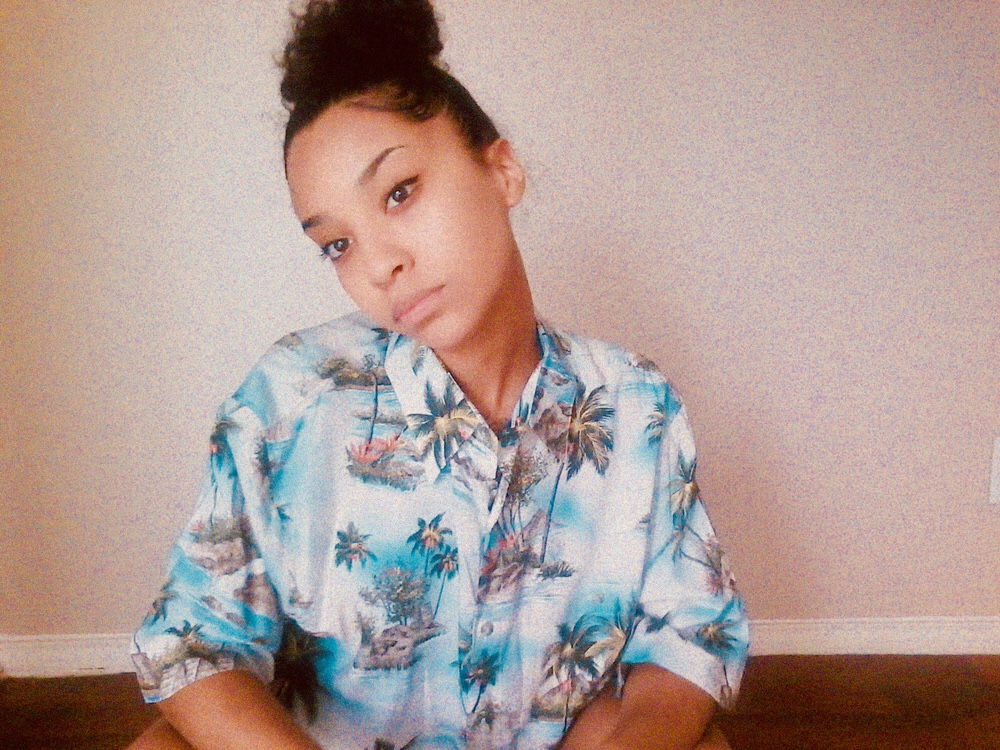 A conversation with Riian Raquel

26-year-old Riian Raquel (pronounced Ry-an Raw-kel) is coming into her own simply by doing what she loves. She’s an underrated gem, with a standout sound and a unique discography that you can access right now on SoundCloud.

Her voice has caught the attention of listeners around the world – generating plays that are well in the thousands from listeners congregated in countries like the US, UK and Japan. What I love most about this Richmond, VA born artist is the raspy tone of her voice which has very soothing properties. I also enjoy how Riian manages to alter her voice to fit different tempos and sounds, despite doing so she still manages to maintain her authentic style. Her voice has this laid-back aura that’s unmissable and I still think there’s so much more that Riian can do. Lyrically she’s one to watch. Her willingness to experiment with her voice and collaborate with other singer-songwriters and emcees, proves her commitment to her craft which she justifies through her consistency. In an honest conversation, I got to know Riian personally and witness her positive spirit and humility firsthand. She opens up about her journey so far, growth through SoundCloud, dream collaborations, fears of fame and more…

How would you describe yourself to someone you just met?

I’m Riian. I go on tangents a lot. My mom says I’m compassionate, but fair.

Where did you grow up and do you still reside there now? Or are you someone who likes to travel a lot?

Temple, Texas and I don’t live there now. I’ve lived in different states. I haven’t really travelled enough to know yet, but I do really enjoy the airport.

How has the music, culture and lifestyle in your hometown influenced your sound?

Hmm…I haven’t thought about that. I wish I had an insightful come-up story haha!

Haha, that’s cool. Not everyone does! So, when did you find the confidence to start making music and put it out on SoundCloud?

At eighteen or nineteen years old.

What’s your process behind making music? How long does it take to put together a track?

It takes a few weeks maybe. I have what I feel can be hindrances, but I’m just trying to keep learning. Sometimes it’s like a word vomit. Other times I feel like I’ll never make something again. Or I look at it like, maybe I don’t have anything to say right now.

What struck me when I first heard one of your songs was your distinct and versatile sound. Your voice meets that delicate balance between rapping and singing. It works well. You could sing on a neo-Soul beat and then go kill a trap beat! What musicians did you listen to whilst growing up and which current musicians would you like to collab with?

I didn’t listen to much rap until later – around fourteen years old. I wanted to sing originally growing up, so I mostly listened to r&b. When I did, I listened to a lot of Ab-Soul, Pac, Digable Planets, Blu and Earl Sweatshirt. If presented with the opportunity, I’d have to say Anderson .Paak (with some Breezy Lovejoy in there if he’d be willing). Oh, and KYLE!

That’s awesome. .Paak makes phenomenal music and his aura is so electrifying. There’s been an unprecedented wave of female singers. Hearing the stories of vocalists like Ella Mai, Jorja Smith or Noname whose rise to fame has been very unpredictable and come very quickly. Do you ever feel like an unexpected rise to fame could be your story too? What fears come with fame for you?

Possibly. I just hope I don’t get lost or too overzealous if that happens. Let me just say, I don’t consider myself someone who is near the level of those women vocally. I rap and like to do my little melodies here and there haha.

I get that. I also feel like a lot of record labels tend to categorise a musician’s music to make it appear more marketable to the audience. This can be restrictive, create expectations and a loss of identity. Ultimately, it boils down to you, as your music is an embodiment of your personality. So, would you say that your sound fits in with today’s music scene? Or are you more focused on defining your own lane?

I’m just trying to do me to the best of my ability. Though, I think there is so much room for everything. If I’m not considered marketable then that is fine as well.

That’s a great mentality to have. This leads me nicely onto my next question for you. What is your opinion on signing or staying independent? Do you feel as though you need the backing of a label to succeed in the industry?

I’d like to say, I would stay independent. However, that could change. I’m sure there’s a lot a label could do. However, there’s not a whole lot I’d be willing to give currently.

In your song “social circle” you said “I don’t pose for the promo, I stay away from your photo, I have major pain towards the social circle”. Introvert, extrovert or both? What inspired these particular lyrics and do they represent how you choose to socialise within the industry?

I keep to myself, but I’m very friendly. The lyrics don’t particularly depict my feelings towards the industry. I don’t feel like I really know the industry – just all the made up constructs of things.

There’s so much diverse talent coming out of Richmond, VA and it’s finally starting to come to public attention. Would you consider working with some of the emcees or collectives that are coming out of the city?

Yea! I love VA. I was born in Richmond and I lived in Dumfries for a brief period of time. East Coast energy is amazing!

I love that! How does it feel to have a growing fan base, to see people retweet your lyrics or songs on social media? At the moment, which places around the world have drawn to your music the most?

It makes it easier to leave room. I’m very grateful. The US, UK and Japan have drawn to my music the most. Generally, the spread appears fluid. So, I can’t do anything but learn the analytics and work to serve that. Full circle.

Finally, what’s next for you? Could a UK gig be on the cards then in the future?

Create, create and create! I hope so! I strongly feel like that is in my cards, but only if I mindfully make it so. Thank you for your time! I look forward to speaking with you again. Use your intuition & continue to stay planted. Perseverance is key…

KEEP UP WITH RIIAN RAQUEL

We’re back with a final post introducing you to our new video editor Paulie (@37chambersonline). For this interactive post, she picked out five of her favourite hip-hop music videos including: