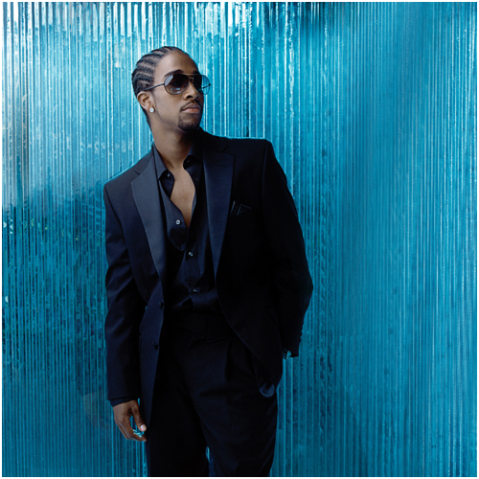 So today’s been a pretty sunny day, which is very unusual weather for us Brits. I was on the train earlier and I started listening to throwback tunes, as you do. I stumbled on one of my favourite throwback jams from Omarion. Entourage. You know, the one that starts with La da di di di di di di di di di, when that dude the funky hairstyle introduces Omarion to the audience. Or if you didn’t get that, it’s the one that had you singing Baby I want you to be my entourage at the top of your lungs back in the day. Well, if that wasn’t you. It was definitely me…and a couple of my mates.

We are all so smitten with him back in the day. What I loved (and continue to love) about this song is the groooovy instrumental and the way in which Omarion dominates the dance floor. Omarion was definitely one of the most talented entertainers of the early 2000s. Not only did he manage to steal the hearts of many young girls but the RnB superstar also managed to captivate the audience with his Pop & Lock dances and soulful  riffs and runs. The single was released in 2006 as part of Omarion’s second album 21 and came in at number 78 (on 21st September 2006) on the Billboard 100. For some reason it didn’t gain as much popularity as Ice Box which charted at number 12 on the Billboard 100 (on 10th March 2007). Honestly, I preferred Entourage to Ice Box it’s actually my go-to-Omarion-track. I think people gravitate more to Ice Box due to it’s relatable lyrics, it will have you singing “I got this icebox where my heart used to be” in memory of that person you used to like.

It’s actually one of the songs you can listen to whilst stuffing your face with Ben & Jerry’s Ice Cream. I think that’s why people like it. For me, it was JoJo Too Little Too Late that did it, yeah that hit me in the heart. Lol. I think everyone had an ‘everything JoJo’ phase. Anyway, back to Omarion. Another song I really enjoyed back in the day was Girlfriend, like if you couldn’t sing at least the chrous word for word (without checking the lyrics) were you really a fan?

Let’s talk about the Bow Wow and Omarion ‘bromance’ shall we, not gonna lie but I used to love when they collaborated together. It was bound to be a hit and most times it always was. Hmm, what’s another classic? Oh right, Let Me Hold You yeah this was a great Bow Wow and Omarion collab and a very popular R&B slow jam.

Now how can we truly appreciate Omarion if we forget to talk about his B2K days. For those who don’t know Omarion was part of an American RnB group called B2K. This group comprised of three other members (lead rapper Lil’ Fizz, Raz-B and J-Boog). Many of us late 90s-early 2000s RnB lovers would definitely know this classic…

Bump, Bump, Bump was that dance track the ladies got to throw it up to. It was actually a tune! It still is. I really do believe songs from that era are timeless, you can play it any day and it would still bang. B2K and Pretty Ricky were my favourite ‘boy bands’.

This trip down memory has got me feeling very nostalgic. Pretty Ricky was that group that had that slick look, those sultry vibes and the continuous RnB hits. Literally every song can have you deep in feels. Whilst on the topic of slow jams that will have you in your feelings, I think it is the right time to bring back this old classic…

This was another track by Omarion I used to bump religiously back in the day. The song really captures the early 2000s era where music videos consisted of dramatic stares outside window of the car.

The American singer-songwriter went onto work with Rick Ross on his collaborative studio album Self Made Vol. 2 for one of the singles Let’s Talk.

The track was dope and the album was equally as dope. Personally, this was the best track on the album. It has a nice vibe about it. The Biggie cameo’s on the track certainly makes it more special. Omarion has since become a father. He continues to pursue his career in music alongside acting. He recently released a song called Distance which you may have heard…everywhere. Lol. It has that club-like feel but also plays on this Calypso/Afrobeat-style that continues to dominate today’s music.

Despite an ever-changing music scene, Omarion manages to stay relevant. His skills on the dance floor are undeniable and his portfolio of music definitely cements him as one of the most talented and popular RnB superstars of the late 90s-early 2000s era.